Show all categories Skin & Hair Back

Finding reliable antibodes can be difficult. In order to provide data and to validate the selectivity and specifity of our keratin antibody portfolio, PROGEN uses epitope mapping technology provided by PEPperPRINT. This technique allows us to precisely identify the binding epitope sequence of antibodies along with a broad specificity profile. This initiative was launched to provide the life sciences community reliable data to ease the process of finding reliable antibodies. 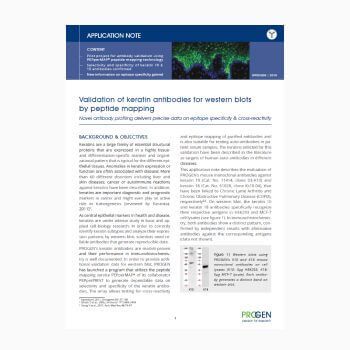 Keratins are a large protein family consisting of 28 type I acidic keratins and 26 typ II basic and neutral keratins. Expression and structure of its members is highly tissue and differentiation specific. As heteropolymers, keratins form intermediate filaments (IFs) with the primary task of providing a structural framework in epithelial cells that protects them from mechanical and non-mechanical stress. More recently scientists discovered that keratins are involved in establishing apico-basal polarization, regulating motility and cell size and even play a role in complex cellular events such as protein synthesis, membrane traffic or cell signaling.
[reviewed by Karantza, 2011; Oncogene 30:127–138].

in Health and Disease

The expression of keratins in epithelia and hair is highly regulated in response to internal or external stimuli and stressors. Along with post-translational modifications and structural reorganization of these proteins, a distinct expression and organisational pattern of keratins is typical for the different epithelial tissues. Not surprisingly, anomalies in keratin expression or function is often associated with disease: More than 60 different disorders have been linked to inherited keratin changes. For example, keratin overexpression is seen in various liver diseases, whereas keratin mutations cause epithelial disorders, including cancer. These significant changes in Keratin distribution can be detected and investigated with PROGEN Keratin Antibodies. Our antibodies can be used to stain target proteins and enable the diagnosis of specific types of cancers ( Learn more over IHC).

Ubiquitous marker in health and diseases 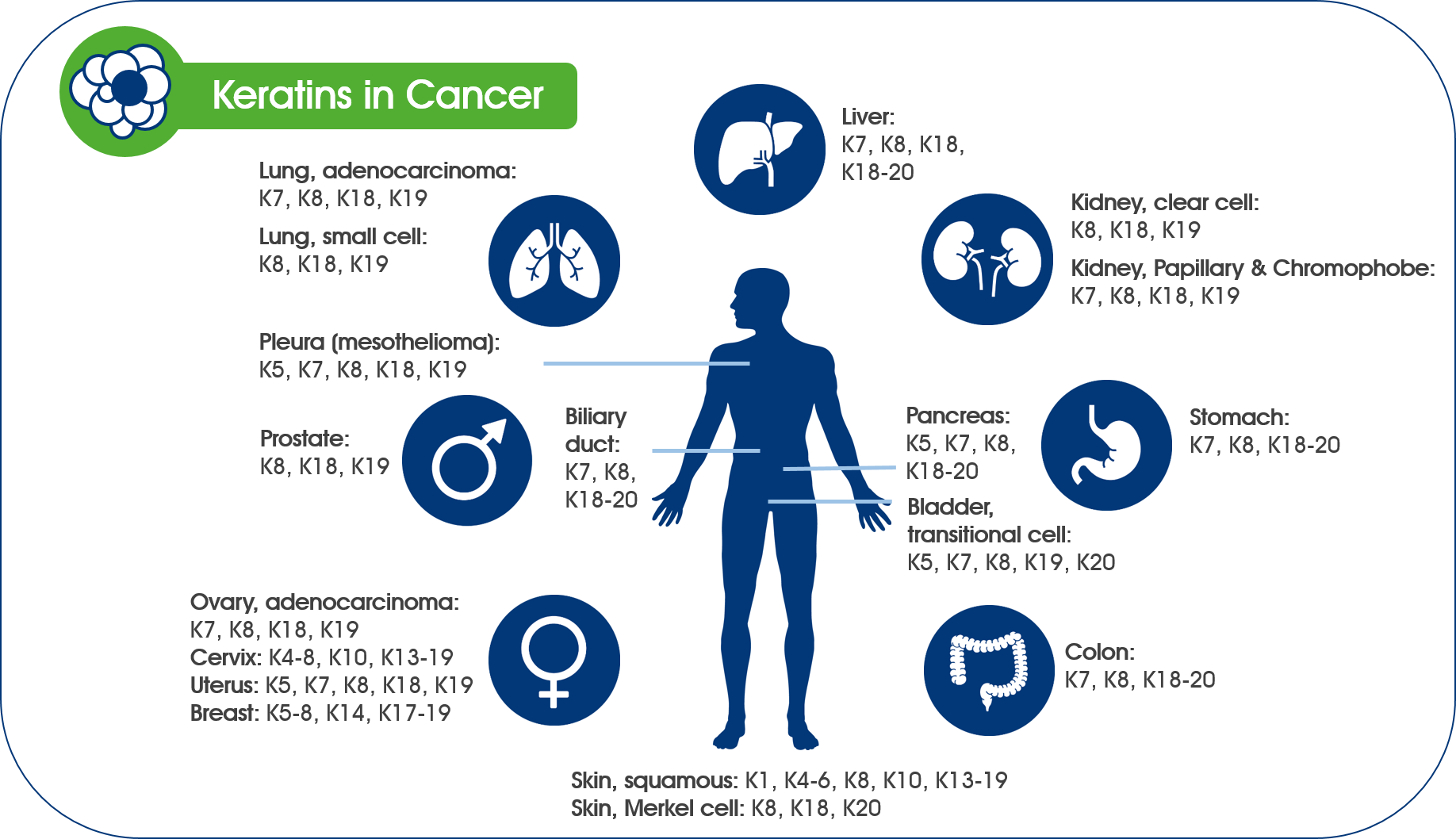 Keratins are popular diagnostic markers in cancer because of their typical signature for tumor cell type and differentiation, while maintaining the specific expression pattern associated with the cell type of origin. Commonly used markers in the immunohistochemical analysis of tumors are K5-K8 and K18-K20. Adenocarcinomas (epithelial cancers arising in glandular tissues) build up the largest group of human epithelial malignancies. As they can originate in various organs, the ability of differentiating a carcinoma according to the tissue of origin is crucial. By using epithelial keratins as diagnostic markers, the best treatment depending on the exact type of cancer can be determined. In general, most adenocarcinomas express K8, K18 and K19. K7 and K20 levels vary depending on cancer type. In unclear cases, keratin typing is often key to assess the correct tumor type. Beyond their role as diagnostic markers, keratins are also useful prognostic indicators in epithelial malignancies.

For instance, in colorectal cancer, reduced expression of K8 and K20 has been associated with epithelial to mesenchymal cancer cell transition – an indicator for higher tumor aggressiveness. Apart from being diagnostic and prognostic markers, several studies support an active role of keratins (e.g. K8 and K18) in cancer cell invasion and metastasis, pointing to a functional role of keratins in tumorgenesis. Further research will reveal whether pharmacological keratin modulation can be used as an adjunct to chemotherapy for improving therapeutic outcomes.

Keratins as principal markers in cancer diagnosis and prognosis 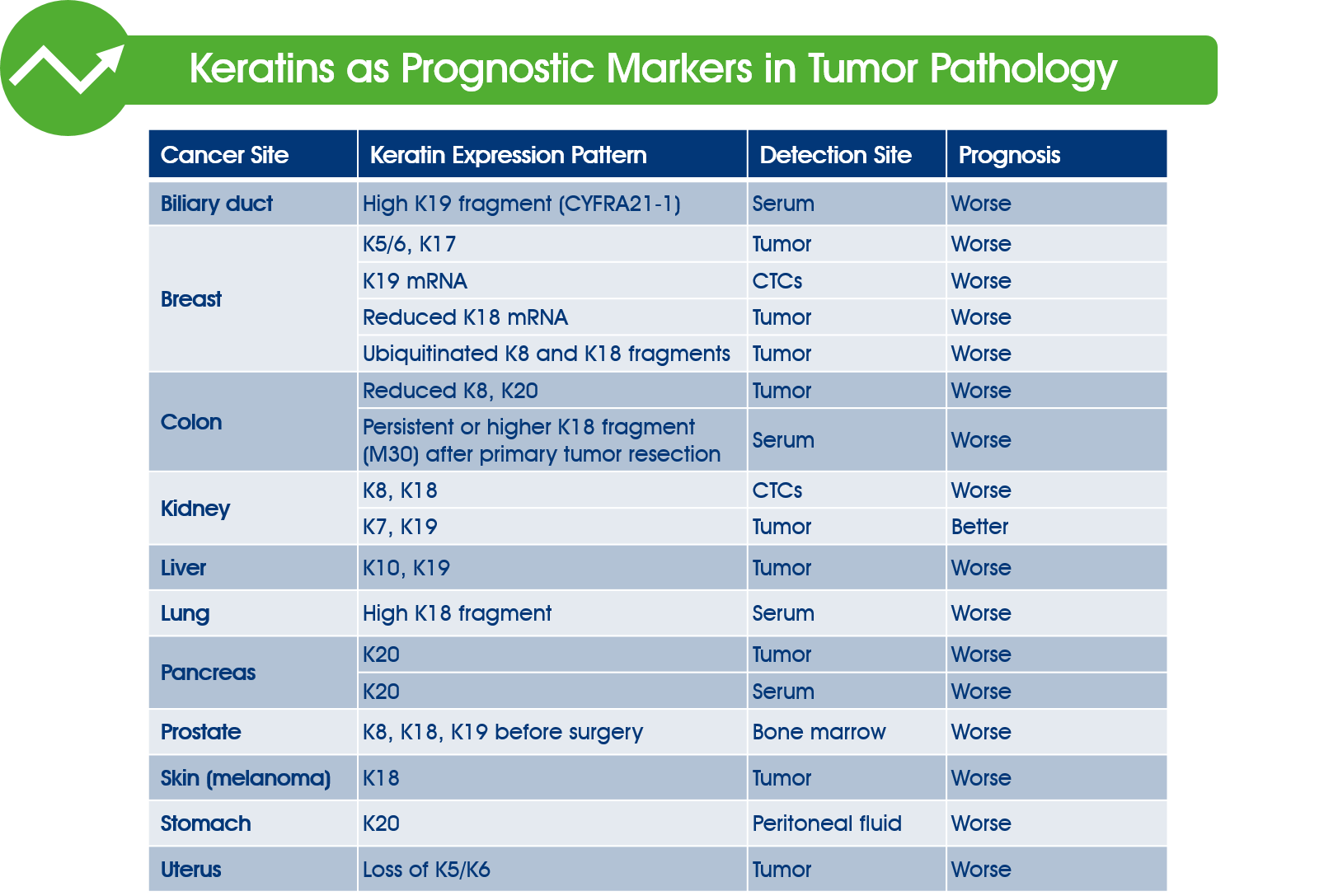 When PROGEN was founded in 1983, keratins have just been discovered as fibrous proteins that make up the intermediate filaments in epithelial cells. One of the company‘s co-founders, Prof. Dr. Werner Franke from the German Cancer Center in Heidelberg and a pioneer in keratin research, greatly contributed to the development of PROGEN‘S comprehensive portfolio of keratin antibodies and to our wealth of knowledge on their applications in research and diagnostics. Now, PROGEN provides a unique range of premium keratin antibodies for research on keratins in health and disease. All our antibodies are carefully quality controlled and validated, showing long publication records. Our products have been used in numerous kinds of applications and we are happy to provide scientific & practical support! Use PROGEN's atlas of keratin antibodies to find the right antibody for your research: 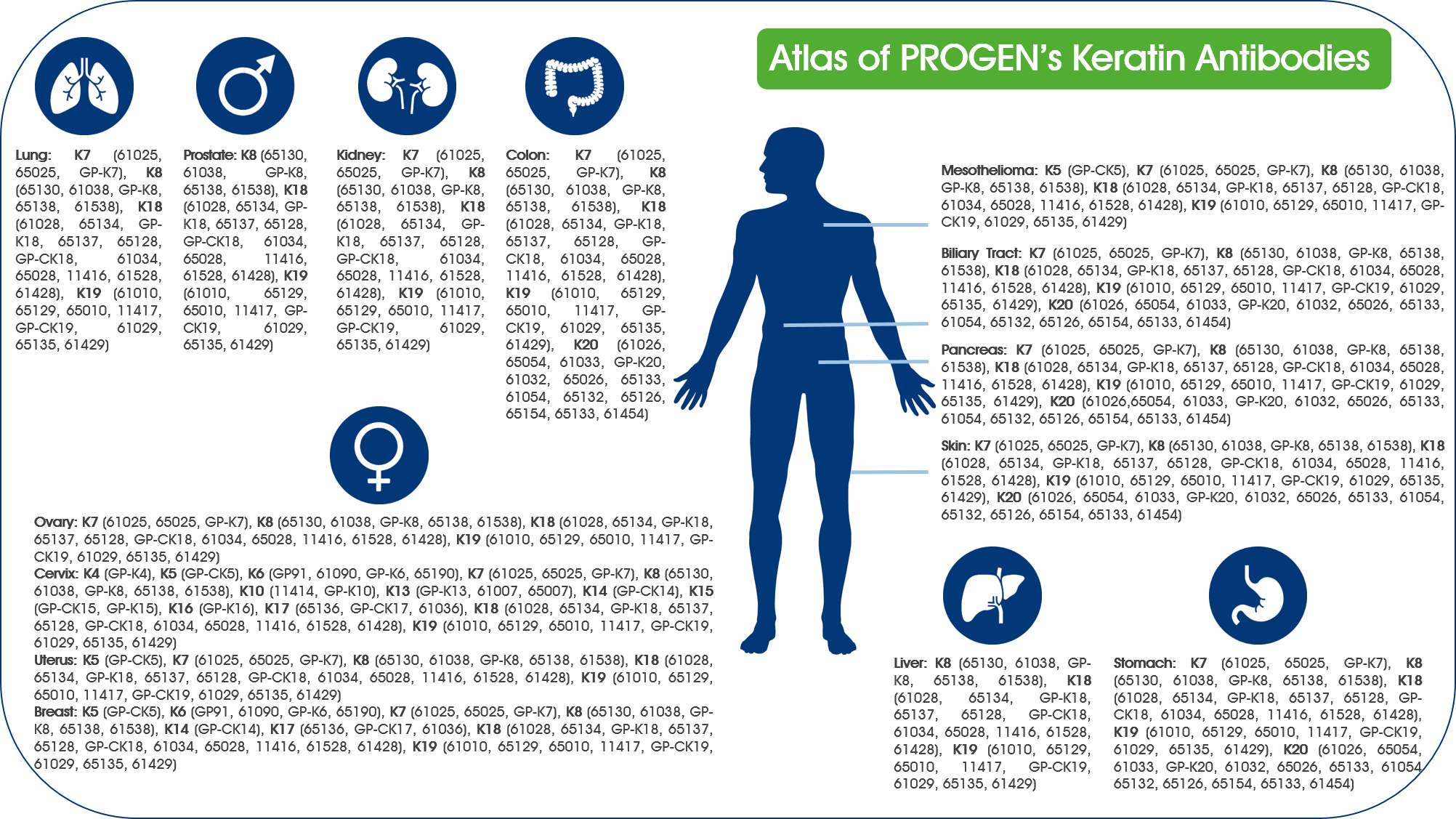 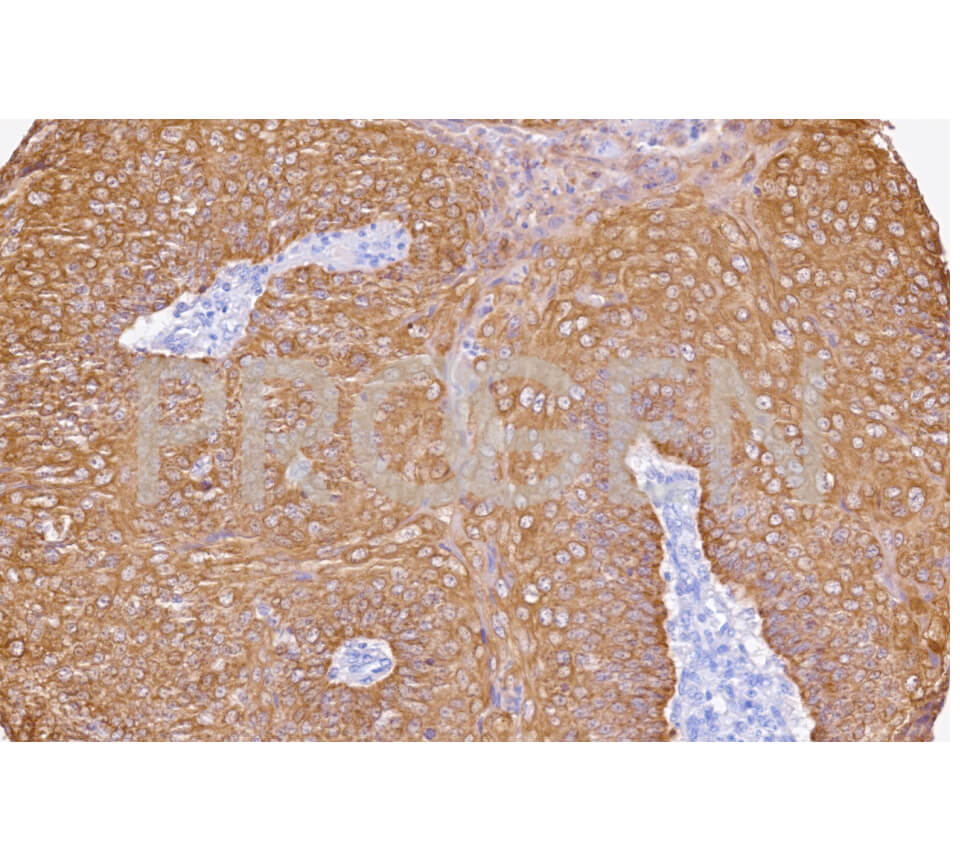 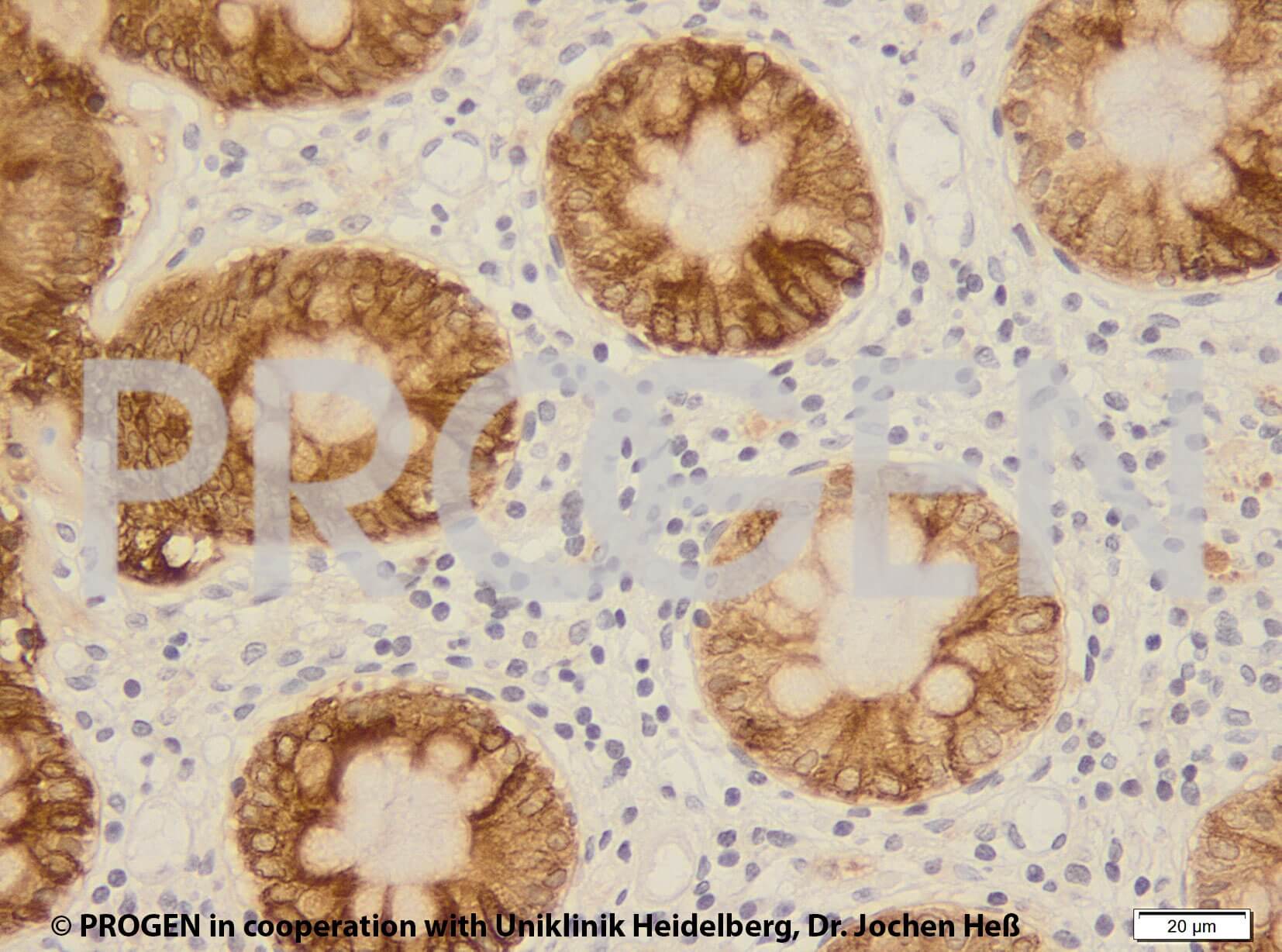 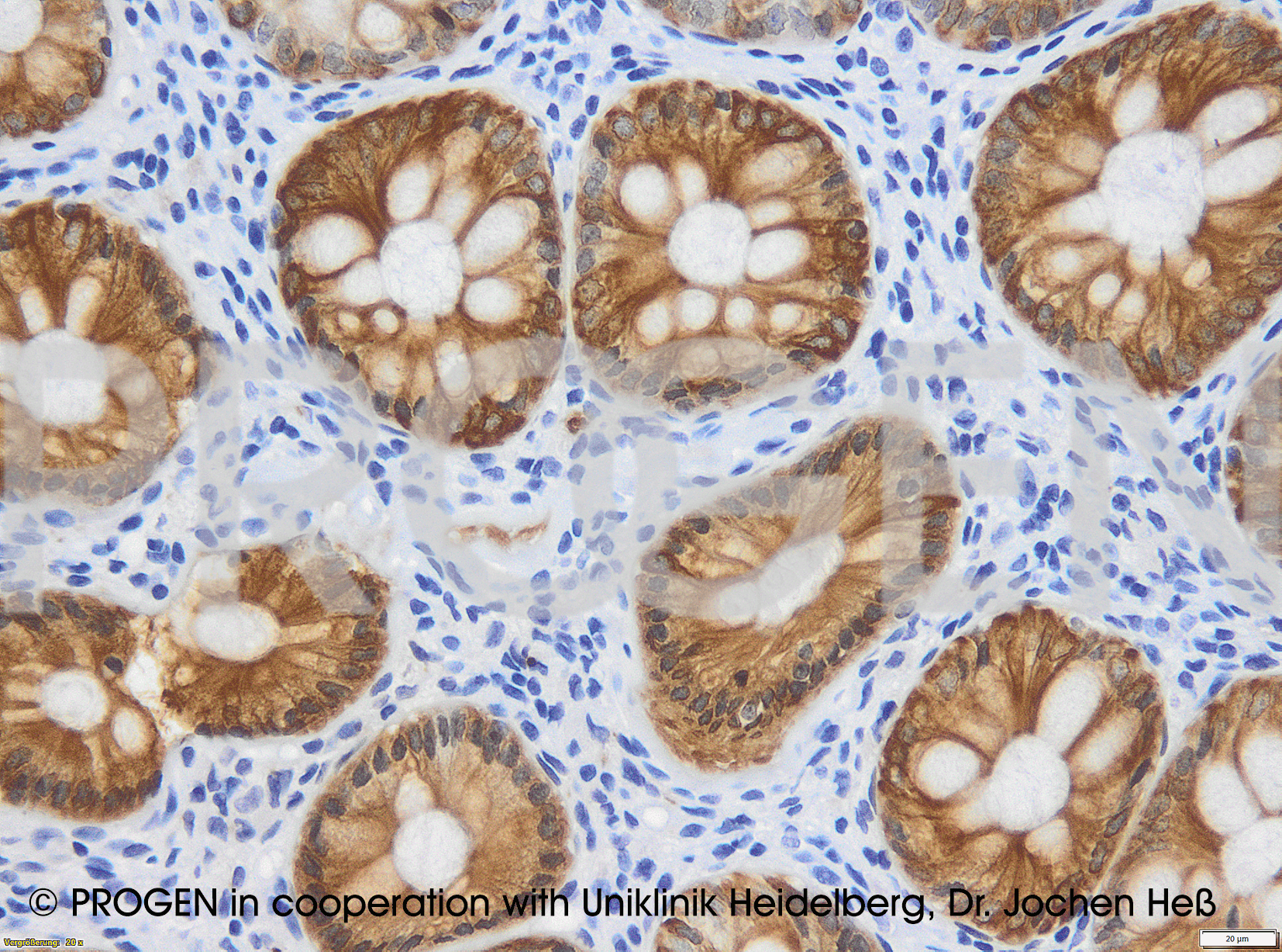